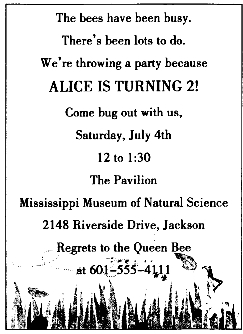 Susan Williams went to a boarding school. Here is one of the letters she wrote to her parents from the school.

I’m afraid I have some very bad news for you. I have been very naughty and the school principal（校长）is very angry with me. She is going to write to you. You must come and take me away from here. She does not want me in the school any longer.

The trouble started last night when I was smoking a cigarette in bed．This is against the rules, of course. We are not supposed to smoke at all.

As I was smoking, I heard footsteps coming towards the room. I did not want a teacher to catch me smoking, so I threw the cigarette away. Unfortunately, the cigarette fell into the waste-paper basket, which caught fire. There was a curtain near the waste-paper basket which caught fire, too. Soon the whole room was burning. The principal phoned for the fire department. The school is a long way from the town and by the time the fire department arrived, the whole school was in flames. Many of the girls are in the hospital.

The principal says that the fire was all my fault and you must pay for the damage. She will send you a bill for about a million dollars.

I am very sorry about this.

P.S. None of the above is true, but I have failed my exams. I just want you to know how bad things could have been!

A. to tell her parents about the fire

B. to ask for a million dollars

C. to tell her parents she had failed her exams

D. to tell her parents she had to leave school

25.In the letter, Susan told her parents that the principal was angry with her for the reason that___.

A. she had failed her exams.

B. she had been caught smoking in bed.

C. it was her fault that the school had caught fire.

D. she had not phoned for the fire department in time.

A. to warn them about what the principal would do

B. to make them feel worried

C. to make them less angry at her real news

D. to make them laugh

At the age of 95, Olga Kotelko attracted great attention at the World Masters Athletics Championships. This 5ft-tall Canadian became the oldest recorded woman indoor runner, high jumper and long jumper at the competition.

Olga now has more than 30 world records to her name and has won more than 750 gold medals. But she sees herself as nothing special, describing herself as just a plain Jane. As one of 11 children brought up on a farm, she has always been active, milking cows and doing other housework.

She has now outlived all her brothers and sisters and most of her friends but when asked what her secret is, she says there isn’t one. “I think your age is just a number. It’s not your birthday; it’s how you age that makes the difference. It’s your attitude to all the things that happen in your life that plays the biggest part.”

So can we all turn ourselves into nonagenarian (九十多岁的) superheroes? Research from Newcastle University suggests that as every 24 hours pass, we add an extra five hours to our lives — that’s over 2 months each year—partly because of improving living conditions and medical development. And in the UK the number of people who are living into their 100th year has nearly increased by four times since the 1980s. So ageing is not a terrible thing.

While Olga’s genes (基因) might help her, we’re not all prisoners to our own. After all, 75% of our later lives could be down to the lifestyle we choose to lead. A good diet (饮食) and regular exercise are key. Besides, developing friendships in mid-life also works. Dr Holland, director of Aston University’s research centre for healthy ageing, says: “The more friends you have when you’re 50-60 years old, the less likely you’re to be lonely in later life; the less lonely you are, the less likely you’re to be ill as the years go by.”

28.Olga Kotelko was well-known at the World Masters Athletics Championships because      .

A. she was the oldest sportswoman there

B. she competed in several events

D. she won a gold there

29.What did Olga Kotelko mean by describing herself as a plain Jane?

A. She was hard-working.

B. She was once named Jane.

C. She was very active.

D. She was very common.

A. we shouldn’t count our age up like numbers

B. we shouldn’t celebrate our birthday as we get old

C. we should try to have a positive attitude towards life

D. we should learn to change according to what happens

A. how long we live doesn’t completely depend on genes

B. Olga Kotelko succeeded because of her good genes

C. it’s hard for the middle-aged to make friends

D. it’s unavoidable for people to get old

Who knows about sleep? Astronauts (宇航员). They have to. Their bodies are cut off from the outside world that reminds (提醒) us what time it is. But actually, it's even worse than that. An astronaut reported in his diary that he was likely to make mistakes on days following an unusually late bedtime.

So NASA started doing some serious research. They quickly realized that we're a slave to the outside world. Without light and darkness, we' re unable to regulate (管理) sleep times.

Because of modern technology, we're all living more like astronauts now. Light is no longer a function (功能) of the sun, but of always-on indoor lights, TV and computer screens. Temperature no longer follows a cycle of cooling at night and warming during the day. Is it any wonder that a third of Americans have sleep problems?

Maybe you think this doesn't affect you — or at least not much. You're wrong. Research done on non-astronauts has shown the same thing. After two weeks of six hours of sleep a night; you're drunk. By the end of two weeks, the six-hour sleepers behaved as badly as those who hadn't slept for 24 hours.

But what did they say when asked how they felt? "It's not affecting me." So if you are performing poorly because of sleep problems, you may have no idea. This is a real problem.

So what answers did NASA come up with?

Take an hour to calm down before bed. Yes, you're busy. But your time is not more valuable than an astronaut's.

Keep your bedroom dark, cool and free from noise. Even if you think "the light doesn't affect you" or "the noise isn't that bad", it can still affect sleep quality.

Another advice: forget the alarm clock (闹钟) in the morning; set an alarm to remind you to go to bed at night. When it goes off, finish up any work on the computer, and turn off any unnecessary lights. This prevents you from cheating yourself on sleep and allows you to wake up naturally.

32. What did NASA find about people’s sleep?

A. It takes a long time to develop regular sleep times.

B. It’s strongly influenced by the outside world.

C. It remains untouched by outside influences.

A. they can’t fall asleep without the lights on

B. they don’t know whether they sleep well

C. they refuse to regulate their sleep times

D. they get too drunk to sleep well

34. What does the underlined sentence in the text mean?

A. You should make full use of your time.

B. You can find the time to get ready to sleep.

C. You can sleep later to finish your work first.

D. You should learn from astronauts’ way of sleep.

35. What’s the advice on the alarm clock?

A. Use it to remind you to sleep.

B. Put it far away from your bed.

C. Get up immediately when it rings.

D. Pay no attention to it when it rings.

Training for a marathon requires careful preparation and steady, gradual increases in the length of the runs.   36  , buy the best-fitting, best-built running shoes you can find. No one can say which brand will work best for you or feel best on your feet, so you have to rely on your experience and on the feel of each pair as you shop. When you have found shoes that seem right, walk in them for a few days to double-check the fit.   37  . As always, you should stretch(伸展) at least ten minutes before each run to prevent injuries.

During the first week, do not think about distance, but run five minutes longer each day.   38  , it is wise to take a day off to rest. But during the next week, set a goal of at least a mile and a half per run.   39  . After two weeks, start timing yourself.   40  . Depending on the kind of race you plan to enter, you can set up a timetable for the remaining weeks before the race.

A. After six days

B. For a good marathon runner

C. Before you begin your training

D. With each day, increase the distance by a half mile

E. If they still feel good, you can begin running in them

F. Time spent for preparation raises the quality of training

G. Now you are ready to figure out a goal of improving distance and time

Uh, I am a little nervous. This is the first time I have spoken to a tiger. May I ask you some

Jim: Um, good ... Now, would you like to tell me how long you have been living in the zoo?

people there cut down all the trees and I had to move. There were cities and people everywhere,

Jim: I see. If you could say something to all the humans in the world, what would you tell them?

make clothes any more—when I see people 67.      (wear) animal furs at the zoo I get really

Jim: In fact, a lot 69.     (do) to keep animals and plants from becoming endangered nowadays.

A terrible fever made Anne Sullivan nearly lose her eyesight in her childhood, and the doctors said she was a hopelessly mad girl. She had been   41   in the basement of a mental hospital (精神病医院) in Boston. Sometimes, little Annie   42   hit anyone who came near to her. She ignored everyone who appeared in front of her most of the time.

However, an old nurse   43   that little Annie had hope. She went to   44   little Annie every day. The child ignored her in most cases, but the old nurse   45   stopped seeing her every day in the basement. The   46   lady left cookies for little Annie and spoke words full of encouragement to her. She believed that as long as she showed   47  , little Annie could get better.

Finally, the doctors noticed the   48   in little Annie. They moved her upstairs and her condition continued   49  . Then her last day there came, and the child who seemed to be “ 50 ” went out of the locked door of the mental hospital.

If there had been no Anne Sullivan, the name of Helen Keller would not be   59  . But if there hadn’t been a   60   who kept showing love, Anne Sullivan wouldn’t be known to the world, either.