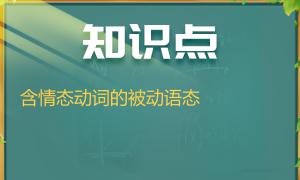 We can gain valuable experience from the mistakes which _____ to prevent them from happening again.

Louis Cha (金庸) passed away. As for his achievement, there is such a comment, “He ______ the Nobel Prize for Literature with his written works translated into English.”

1．For several billion year after the “Big Bang”, the earth was still just a cloud of dust.

2．How it was to become was uncertain until between 4.5 and 3.8 billion years ago.

3．The earth became so violently that it was not clear whether the shape would last or not.

4．As a result of this, many scientists believe the earth may become too hot to live.

5．So whether life will continue on the earth for millions of years to come will depend on whether this problem can solve.

6．They are putting too much carbon dioxide into the atmosphere, which prevent heat from escaping from the earth.

7．Thus they have, in our turn, become the most important animals on the planet.

8．This produced a chain reaction, which made it possible for life develop.

9．That many scientists believe is that the continued presence of water allowed the earth to dissolve harmful gases and acids into the oceans and seas.

10．What is even more important is as the earth cooled down, water began to appear on its surface.